The Legend of Zelda: The Wind Waker HD [review]

BreakingModern – If you’re familiar with Majora’s Mask and Ocarina of Time, then you’ll be right at home with The Legend of Zelda: The Wind Waker HD. It’s a remake of Zelda Wind Waker, a game that came out for the Nintendo Game Cube in 2002. 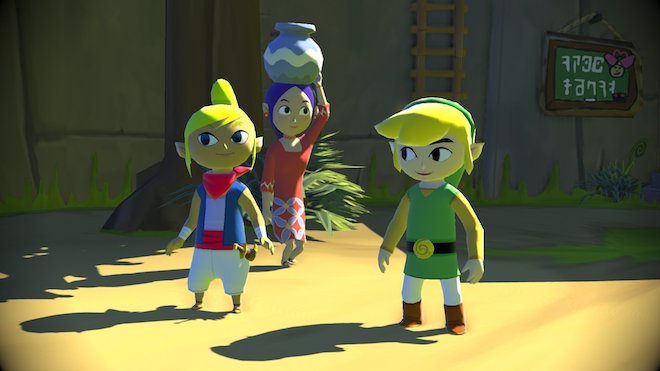 Back when I was a wee boy the Game Cube was all the rage. But now Nintendo has given us an epic remake/refresh of Zelda Wind Waker for the Wii U. But how is it? To be totally honest, the game retains many of the original’s features and discrepancies (for better or worse).

The campaign of Zelda Wind Waker HD centers on Link’s quest to reunite with his sister who was captured by a giant eagle. Along the way he joins up with a pirate named Tetra and goes on a big adventure to rescue his sibling.

Toward the beginning of the story, Link finds an instrument known as the Wind Waker that allows him to communicate with the wind god and control the direction of the wind. The inclusion of this titular instrument gives a new dimension to gameplay that allows a player to call the wind by employing the various arrow keys. In a way, it’s like a cool mini-game in the midst of the hack-and-slash fighting mechanics found in the rest of the game.

The HD version of Zelda Wind Waker still contains much of the same gameplay as the original release, including the cartoonish look of the graphics. However, the graphics in the new version are much improved for the Wii U. For example, the way lava and water are rendered is beautiful, it really makes the virtual world come alive, and presents a classic next-gen quality. 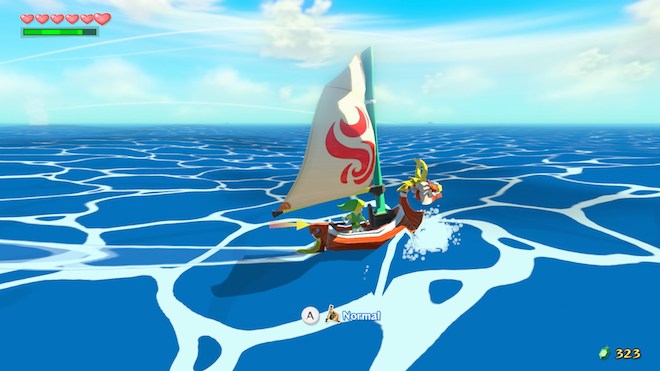 While Zelda Wind Waker HD boasts quite a few new-and-improved features (including unique boss fights and lots of sailing); it still retains the look and feel of the classic Game Cube version. For example, the fighting mechanics of Wind Waker HD resemble the same simplistic mechanics of the original game. Still intact are the traditional two-to-three hack and slash moves for most of gameplay.

The boss fights have unique objectives depending on the boss, and there are also grappling hooks and boat fights. I’ve played games like Ryse: Son of Rome where they repeat the same button-mashing gameplay over and over, but this new Zelda isn’t like that. There are unique objectives and challenges with every level, and gameplay doesn’t feel like you’re Superman pummeling his way through a horde of useless morons.

One of my favorite parts of a classic game is the audio. Those of you who’ve been gaming since the early ’00s (or even the ’90s) are aware of all the really catchy tunes that you could never get out of your head (such as the epic tune in Super Smash Bros.). Since then I’ve always enjoyed background music (BGM) in all the various Zelda games. And what would a remake of a classic be without those nostalgic tunes from the original game?

I don’t see any way around it, but I have to give The Legend of Zelda: The Wind Waker HD a score based on its ability to remake a classic. But in that respect, I would dub this game a 9/10. The graphics are awesome — it retains its cool story and its epic audio. And the fighting mechanics of the game are simple but not repetitive at all. As I mentioned earlier, Zelda Wind Waker HD was made for the Wii U and is only available on that platform. In conclusion, I would highly recommend this game for both older gamers who have played the original Zelda Wind Waker, and younger gamers who wonder why older gamers are so nostalgic about it.